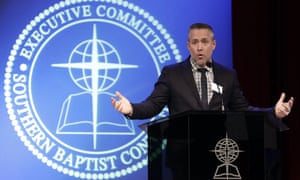 After two newspapers rocked the evangelical Vatican, members who work with victims say much remains to be changed

The Southern Baptist Convention (SBC), one of the largest Christian organizations in the world, is grappling with allegations that more than 250 of its leaders sexually abused more than 700 congregants over the last two decades.

“It’s similar to the Boston Globe story in that people have been desperately shouting about this for years and it’s only just now receiving the attention has deserved,” said Boz Tchividjian, founder of Godly Response to Abuse in the Christian Environment (Grace), an investigative and educational organization.

“The 700 victims revealed in this investigation are only the tip of the iceberg, since very few survivors of abuse ever come forward.”

Tchividjian is also the grandson of Billy Graham, the world’s most famous evangelical preacher. For him and many others, part of what contributes to the sexual abuse problem within some SBC communities is to be found within “purity culture”, a set of principles that portray women as virginal objects for men to court, educate and marry.