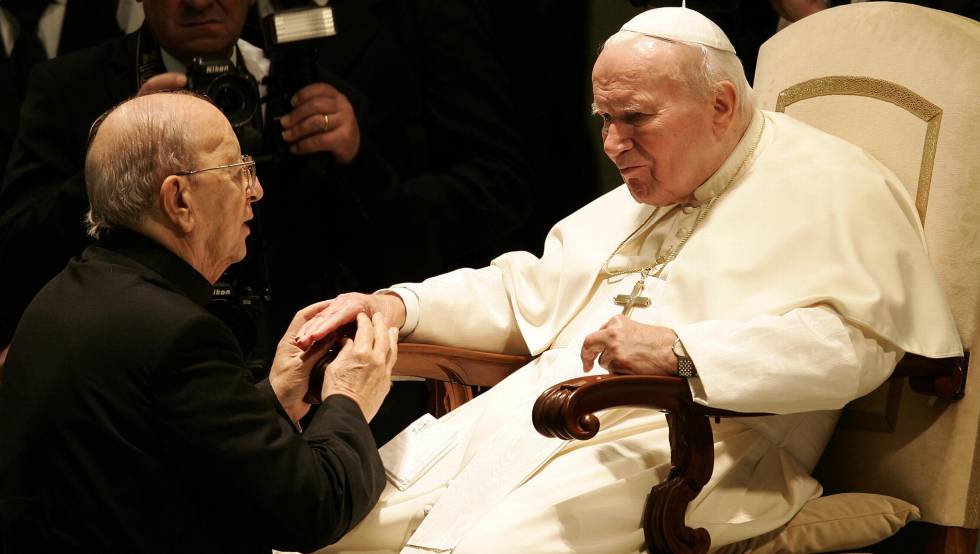 The prefect of the Congregation for Institutes of Consecrated Life, Cardinal João Braz de Aviz, now recognizes that since 1943 the Vatican had documents on the pedophilia of the founder of the Legionaries of Christ, Marcial Maciel. The religious was investigated between 1956 and 1959. “Who covered him was a mafia, they were not Church,” he said when interviewed by the Catholic magazine Vida Nueva. João Braz was in Madrid a month ago to close the general assembly of the Spanish Confederation of Religious (Confer). “I have the impression that allegations of abuse will grow, because we are only at the beginning. We’ve been hiding for 70 years, and this has been a huge mistake, “he says.

The Legionaries of Christ are reborn from their ashes, with a new structure, after 12 years of atonement and ten since the death of its founder, the priest Marcial Maciel, friend of several popes and the greatest sexual predator in the recent history of the Church . Presented for years by John Paul II as an apostle of youth and pampered by countless bishops and cardinals, many of them Spaniards, Benedict XVI told him in 2006, months after the death of the Polish pontiff, to retire to Mexico for the rest of his life , dedicated “to penance and prayer”. He died without apology two years later, when a commission of inquiry had already unequivocally revealed his criminal activities and a life of debauchery tolerated by the Vatican.

EL PAÍS published in 2006 that the Legionary founder had been investigated between October 1956 and February 1959 on behalf of Cardinal Alfredo Ottaviani, then the great Roman inquisitor. Maciel had studied at the Pontifical University of Comillas, then based in Cantabria, where he was expelled with one of his classmates without the Jesuits taking additional measures. The Vatican inspection was supervised by the Basque Claretian and future Cardinal Arcadio Larraona. During that time, Maciel was suspended as superior general, and expelled from Rome. Larraona sent his inspectors to the Ontaneda seminary, among other centers. He did not solve anything and Maciel returned to the old ways, with more power. Neither did Ratzinger act in 1999, despite the evidence deposited on his desk as president of the Congregation for the Doctrine of the Faith, the Holy Office of the Inquisition of the past.

The denunciations of his countless victims, to which those of the women with whom the priest Maciel had had children later joined, increased until they became unbearable for the Vatican. Nobody took action. “A friend of the Pope is not processed,” argued those who had to intervene, first of all Cardinal Josep Ratzinger, today Pope emeritus. Maciel was also his friend, as well as confessor of the Polish Pope on many occasions. “They waited for God to get them out of the quagmire with the death of John Paul II or the accused,” said one of his victims and complainant, Alejandro Espinosa, who had the misfortune of being the favorite prey of the Legionary founder in the cold house. of the Ontaneda seminary (Cantabria).